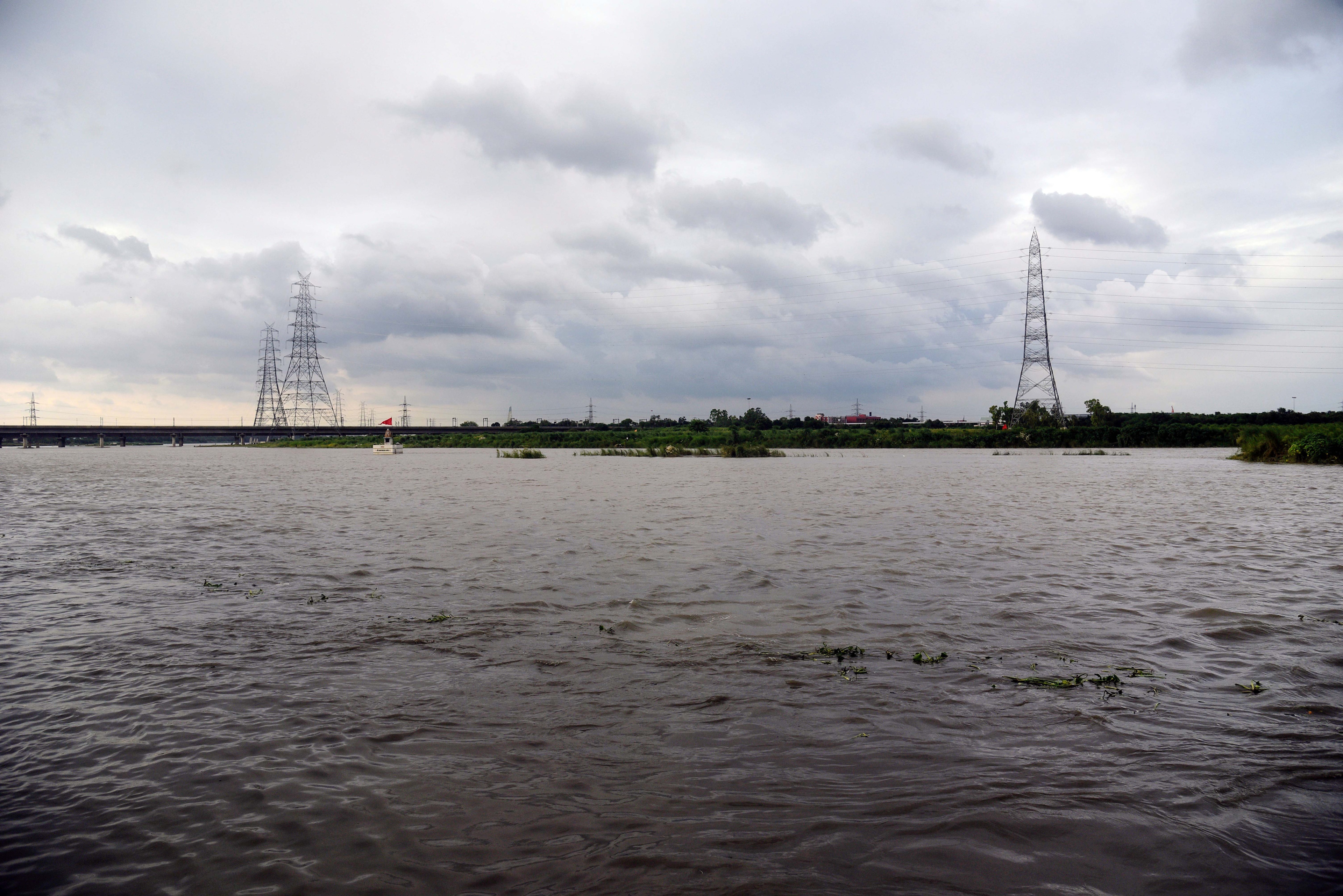 The water level in the River Yamuna in Delhi started receding after breaching the evacuation mark of 206 metres, with Haryana reducing the flow from the Hathnikund Barrage in Yamunanagar, officials said on Wednesday.


Authorities said they expect the Yamuna water level to recede further over the next two to three days as there has been no significant rainfall in the upper catchment areas of the river or in Delhi.


A swollen Yamuna flooded low-lying areas along the riverbanks in Delhi on Tuesday, prompting authorities to evacuate around 6,500 people and suspend rail traffic movement on the Old Yamuna Bridge.


A senior government official said they have deployed a large number of civil defence workers in the affected low-lying areas to prevent people from moving back into their houses till the water recedes to the normal level.


The low-lying areas near the river in Delhi are considered vulnerable to flooding and are home to around 37,000 people.


“Most of the people shifted to safer places themselves. The Delhi administration had to evacuate around 6,500 and move them to community centres, schools and temporary tents,” East Delhi District Magistrate Anil Banka said.


The river breached the danger mark of 205.33 metres in Delhi on Monday night and the evacuation mark of 206 metres early Tuesday morning following an unusually late spell of heavy rain in the upper catchment areas between September 21 and September 25.


Normally, flooding in the Yamuna is reported in July or August which receive maximum rainfall during the monsoon season.


This is the second time within two months that the authorities are evacuating the people living in the river floodplains due to flooding.


The Yamuna had breached the danger mark of 205.33 metres on August 12, following which around 7,000 people were evacuated from the low-lying areas near the riverbanks.


The water level had shot up to 205.99 metres on August 13 before the river started receding.


The authorities reported a discharge rate of around 25,400 cusecs at 9 am from the Hathnikund barrage in Haryana. The discharge rate was 2,95,212 cusecs at 6 am on Monday, which is the highest so far this year. One cusec is equivalent to 28.32 litres per second.


Normally, the flow rate at the Hathnikund barrage is 352 cusecs, but the discharge increases after heavy rainfall in the catchment areas.


The water discharged from the barrage normally takes two to three days to reach the national capital.


The river enters Delhi at Palla and in the north and leaves at Jaitpur in the south traversing a length of 48 km.


Last year, the Yamuna breached the danger mark on July 30 and the water level at the Old Railway Bridge rose to 205.59 metres.