Why did NASA ram DART into an asteroid? 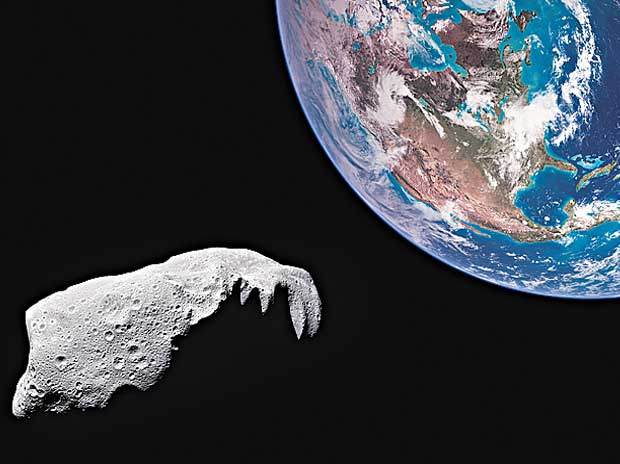 The lingering threat to earth


The last time a big asteroid crossed the path with the earth was about 66-million years ago. The impact was so devastating that it wiped out 70% of plants and several species, including the mighty dinosaurs.


Although chances of an asteroid that big hitting the earth again in near future are bleak, scientists don’t rule it out completely. And the likelihood of smaller asteroids coming in earth’s way are much more. They can easily wipe-out a big city or even a state, if not a country.


So to avert such a collision, NASA had been working to develop the capability to nudge an incoming asteroid to change its course.


In the last seven years, the American space agency spent around $330 million on the mission, named Double Asteroid Redirection Test, or DART. NASA — which has an annual budget of above $ 23 billion — wanted to see if the spacecraft’s impact can change the trajectory of an asteroid.


The DART spacecraft was launched in November 2021 by a SpaceX rocket. Travelling at a speed of 24,000-km per hour, the 570-kg spacecraft took almost ten months to reach the target, an asteroid named Dimorphos.


Use the How dart compares image, source is NASA


Dimorphos is about 170 meters in diameter and orbits a parent asteroid five times larger called Didymos, which is 10-km long. Both the asteroids don’t pose a threat to earth.


The NASA vehicle crashed into Dimorphos at a blistering speed of around 4 miles per second. Mission control at the Johns Hopkins Applied Physics Laboratory (APL) in Maryland, announced the successful impact.


DART’s on-board camera livestreamed second-by-second images to the earth till it went blank due to the collision with the asteroid.


Was the mission a success?


Was the mission a success? Well, for that we will have to wait a little longer. Telescope observations of the asteroid, whether it changed its trajectory or not, will start arriving a month later. But NASA officials have hailed the immediate outcome. They said that the spacecraft has done its work.