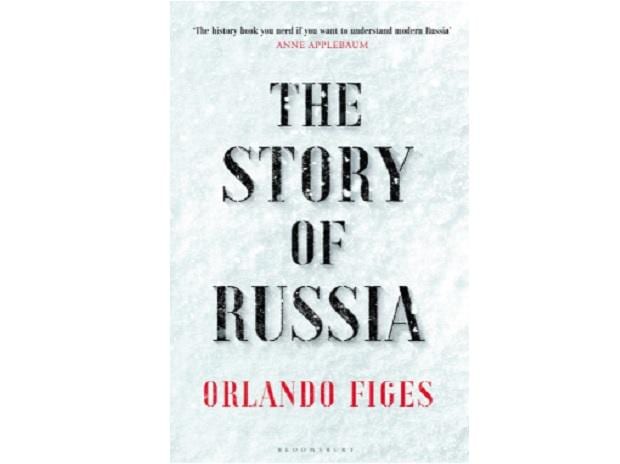 When Soviet forensic scientists exhumed the remains of Ivan the Terrible in the early 1960s, they were surprised to find them saturated with mercury. Used as a painkiller in the 16th century, the highly toxic substance was probably administered to relieve symptoms of a debilitating arthritic disease. The main significance of the discovery to us now is that most, if not all, stories about Ivan — describing diabolical rages and throwing cats off Kremlin walls — could not have physically been possible. They’re the stuff of myth.


That’s an old story in Russia: Few observers of President Vladimir Putin’s Kremlin today question its predilection for passing off total fiction as official truth, as we see in the fantastical propaganda broadcast to justify his mass murder in Ukraine. However, too little is understood about the central role obfuscation has played from the very beginning of his more than two-decade rule, and how the president has deeply tapped into central tropes of Russia’s traditional political culture to pose as his country’s sole saviour.


Orlando Figes provides valuable lessons about the importance of mythologising the country’s past in his sweeping new survey of Russian history. A British historian whose previous books include social and cultural histories of Russia, Figes aims in this primer to explain how central narratives used to justify the current leadership have been shaped and exploited over centuries. Figes opens with the 2016 unveiling in Moscow of a statue of Grand Prince Vladimir, the ruler of Kievan Rus, a civilisation centred on present-day Kyiv that preceded by a couple of centuries the formation of what would later become Russia. Vladimir — Volodymyr in Ukrainian — prompted Rus’s conversion to Orthodox Christianity, imported from Byzantium near the end of the 10th century.


Ukrainians see him as central to their culture and independence from Russian and Soviet rule. Russians, for their part, claim Rus as the birthplace of their own culture, the foundation of a larger Slav civilisation with Moscow at its centre. “What we have in the conflict over Volodymyr/Vladimir,” Figes writes, “is not a genuine historical dispute, but two incompatible foundation myths.”


Russia has relied on its version during the last few centuries to not only legitimise its expansion, especially into parts of today’s Ukraine, but also lay claim to the mantle of truest defender of Christianity. Hence Moscow’s claim to be the “Third Rome,” inheritor of Christian Orthodoxy following the fall of the second Rome, Constantinople. “These myths,” Figes explains, “became fundamental to the Russians’ understanding of their history and national character.”


Figes makes a key point about how the challenges of geography and climate have reinforced a long-held perception about the need for collective responsibility and strong autocratic leadership. He explains the importance of stability to the burgeoning new Muscovite state, founded on the central role of the czar as arbiter between ruling clans. In an important distinction from Western practice, the boyars — Moscow’s version of nobility — held status and property solely at the czar’s pleasure, with no rights of private ownership. “It was a system of dependency upon the ruler that has lasted to this day,” Figes writes. “Putin’s oligarchs are totally dependent on his will.”


Despite the rise of a meritocratic bureaucracy in the 17th century, and other developments manifested in the Westernizing reforms of Peter the Great, Russia never experienced its own version of European feudalism, or a Renaissance or Enlightenment. As Figes makes clear, the empire’s autocratic rule suppressed the kind of civil society that would be crucial for the development of modern European civilization.


Figes has previously courted controversy for allegedly embellishing interviews and for anonymously panning rivals’ works on Amazon. There are some mischaracterisations here; it was not so much President Boris Yeltsin’s constitutional reform that prompted a violent standoff with Parliament in 1993, for instance, as a power grab by the Soviet-era legislature.


But the author’s glossing over the Westernising 1990s is perhaps most disappointing. They are characterised as essentially doomed to failure, with little acknowledgment of the importance of a newly free press, democratisation and fundamental transformation in governance, including how the centre dealt with the country’s regions. Instead of czarist and Soviet administrative coercion, Moscow relied on monetary policy: The flow of appropriations to the provinces and ebb in the form of taxes. Such developments do not fit neatly into Figes’s narrative.


Western countries may have provided too little support for post-Soviet reform, but they hardly isolated Russia, as Figes claims. And blaming NATO’s expansion for creating “the very problem it was meant to counteract” goes against his own case for the importance of invented enemies to Russia’s self-image. Popular disenchantment with the West had more to do with the widespread belief that the communist collapse would bring quick integration with the liberal democratic world and a BMW in every garage, instead of inevitable economic catastrophe.


It’s crucial to identify pervasive patterns in Russian history to understand “what Putin really means for Russia and the broader world,” as Figes rightly says, but he does not fully explain why the return to a traditional political culture has been so effective for maintaining his 22-year kleptocracy. Mythologising propaganda is a practical mechanism that helps maintain stability by diverting attention from the rules of the game.


The invasion of Ukraine is part of that effort, its violence a simulacrum of World War II. With the USSR’s victory celebrated as the signature achievement under Stalin — that most terrible of Soviet rulers — Putin’s campaign is aimed at underscoring his persona as the country’s redeemer.


In fact, as the war is exposing, his rule is ruinous for most Russians. But if and when Putinism collapses, we would do well to learn from the past and not treat the country simply as a blank canvas on which to project Western-style democracy. Read Figes.