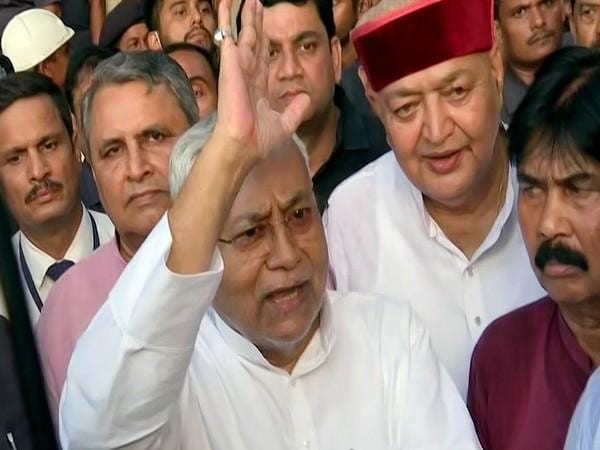 Bihar Chief Minister Nitish Kumar on Thursday hinted that action may be taken against senior woman IAS officer Harjot Kaur Bumrah whose indiscretion during a recent interaction with school girls has caused a major embarrassment for his government.


The officer has, meanwhile, issued a signed statement expressing regret over the controversy that arose after a purported video footage of the September 27 function went viral on social media.


Kumar, who was approached by journalists with queries about the National Commission for Women (NCW) slapping a notice on Bumrah, said, “Orders are in place to inquire into the issue which I learnt about through newspapers. We are committed to providing all assistance to the state’s women. If the IAS officer’s behaviour is found to be against that spirit, action will be taken.”


At a state-level workshop organised in collaboration with UNICEF, she had rebuked school girls who requested that the government, which gives many doles such as free bicycles and school uniforms, should also consider providing free sanitary napkins.


“There is no limit to such freebies. The government is already giving a lot. Today you want a packet of napkins for free. Tomorrow you may want jeans and shoes and, later, when the stage comes for family planning, you may demand free condoms as well,” Bumrah can be heard saying in a purported video footage that has gone viral.


PTI has not independently verified the authenticity of the video.


The IAS officer’s peremptoriness was met with protestations from the girls who insisted that the government was not doing them a favour since those in power also approached them for votes.


“Then don’t vote, become like Pakistan,” Bumrah can be heard snapping in response.


The NCW has sought an explanation from the senior bureaucrat for her “insensitive” conduct.


However, Bumrah, in her statement, said she “regretted” the exchange and asserted, “It was not meant to berate any of the participants but to encourage girls to become self-dependent.”

Bumrah said her words were occasioned by the fact that “in a patriarchical society, girls are taught to depend on others for fulfilment of their needs. They are discriminated against in course of upbringing and repeatedly told that they are not secure outside the confines of their homes”.


She also underscored that a scheme has been in place since 2016 whereby a dole of Rs 300 is given to each girl student for maintaining menstrual hygiene and that a move is afoot to equip secondary and high schools with sanitary pad vending machines.


“A number of other problems faced by the girl students at schools had been raised at the workshop. All of these are being squarely addressed by the education department,” she claimed.