Meena Kandasamy on winning the Hermann Kesten Prize for 2022 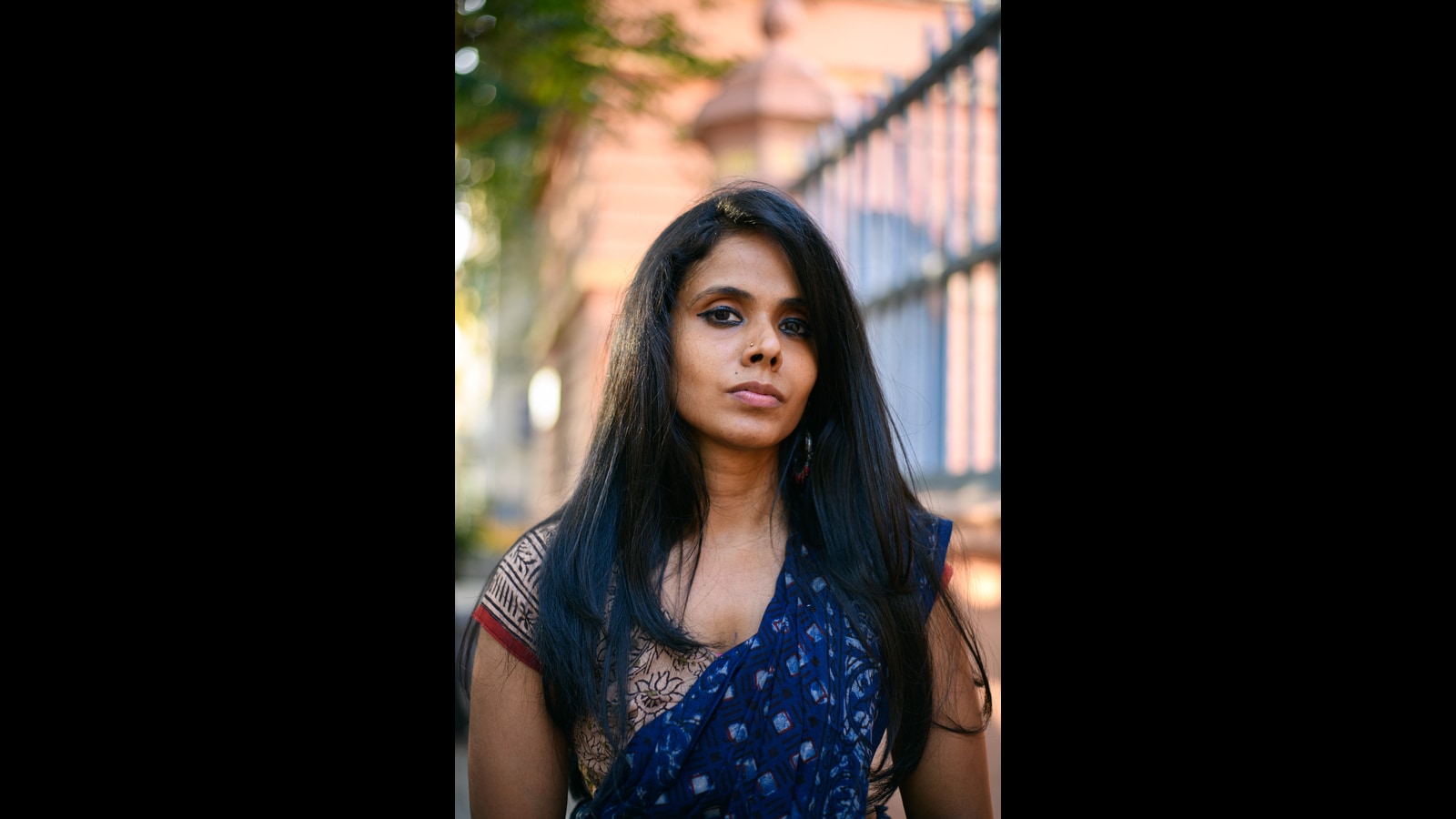 What was your first reaction when you got the news about the Hermann Kesten Prize?

Surprise, disbelief, happiness, wondering if all this was happening!

Was there a shortlisting process that you were aware of, or was it a surprise?

No, none at all. Whoever does these things, they do secrecy very well.

How does it feel to be celebrated at an international forum for your activism and your writing? Does this validation provide comfort when you are trolled on social media?

I will answer your second question first. The trolling will happen irrespective of whether I win no awards or if I win all the awards. Part of it is to keep the rightwing ecosystem active, the believers committed; and part of it is to shame an outspoken person and scare them. There has been so much unhinged trolling — not of me but of Germany itself — just because this award was announced. So when I heard of this award I felt, “Ah, so the Sanghis will call this a grand Western conspiracy!”

Angela Dorn, the Art and Culture Minister of the German state of Hesse, has called you a writer who “gives victims of violence a voice and always speaks up when intellectuals, dissidents and academics face distress.” What enables you to do this consistently?

I wish I had some grand answer. Conviction, of course! This necessity to speak against silencing was what made me a writer. In the case of intellectuals, dissidents and academics being persecuted — and speaking up against it — anyone in my place would do the same. Imagine growing up reading the exemplary work of Anand Teltumbde, being inspired by his hard-hitting social commentary, and then see him being swooped into jail. Imagine friends being picked up randomly in UAPA (Unlawful Activities Prevention Act) cases. Imagine someone like Rona Wilson, campaigning for the rights of political prisoners, himself become a political prisoner under the UAPA. And it does not stop there. I remember being in touch with Umar Khalid about Anand’s arrest and so on, and then one day, Umar was arrested. Jignesh Mevani and I co-wrote articles on the Bhima Koregaon case, and then one day Jignesh was arrested for a tweet, made to travel to the other corner of the country. This is political on one level — but these people are all my friends, mentors, comrades. When something is happening to them, it is personal. The circle shrinks every passing day.

When you speak out in support of writers and scholars such as Varavara Rao and GN Saibaba, how do you process the silence of famous authors and publishers whose voice might make a difference? Do you empathize with their fears, or do you lose respect for them?

There is always a choice, you know. People have to live with their silence because their silence is nothing but complicity under these circumstances. I am not going to judge them; it is not for me. Instead, I look up to the writers who inculcated such fearlessness in me, and a blazing example is Arundhati Roy. She is bold, and she is always there against oppression.

The Hermann Kesten Prize puts you in the same league as Harold Pinter, Liu Xiaobo, Iryna Khalip, Anna Politkovskaya, Günter Grass, Carola Stern and others from all over the world who have spoken truth to power in their own way. How does that make you feel?

It makes me feel that the jury of PEN Germany has invested a great deal of trust in my work and in my outspoken political stances. I am deeply grateful and honoured to receive this immense recognition that puts me in the same league as these legendary writers.

After being announced as the winner of this prize, have you learnt more about Hermann Kesten? Which aspects of his life and work have been most intriguing or inspiring for you?

I was aware of the work of Hermann Kesten precisely because in the last couple of years, I’ve been reading up a lot on Fascism and Nazism, and the resistance movements against them. I often think that history offers us invaluable lessons and reflecting on it offers us the space to imagine our own response to oppression. Writing is often a solitary task, and writers are socially conditioned to be fierce individualists – but in the life of Hermann Kesten, and especially the history of PEN Germany you see how important it is for writers to forge community, and to collectively stand up against an oppressive regime.

What made you apply for the fellowship with the Berlin-based Junge Akademie? What is the duration of this fellowship? What kind of support and mentoring is available to you?

I think this needs some clarification. I didn’t apply for this Junge Akademie fellowship of the Akademie der Kunst (Academy for the Arts) — I was invited to be a fellow for a three-month duration. However, I had to do my work remotely including my project presentation because it was the time of Covid lockdowns, and then visa procedures got difficult. The Akademi der Kunst are a very supportive organization. They helped me financially in this period, which I will remember to my grave. Because of Covid, every source of income had vanished suddenly, and I was between countries (India and the United Kingdom) with two small children and struggling with the fear of how to pay rent, but their emergency grants helped me tide over this difficult period.

Your proposal on the fellowship website mentions that you are working on “a novel that examines some of the connections and influences between fascism in Germany and the rise of right-wing politics in India.” Tell us about the characters and the milieu.

It is a work in progress, and yes, the themes are broadly what is outlined there. I generally don’t share anything until the whole book is done. I’m really sorry.

You have been translating the Thirukkural. How has that experience been for you?

I started that sometime in 2013 and managed to finally finish the translation of the love poetry of the Thirukkural last year. It was a lovely, engrossing and learning experience. I took my time rendering each kural. It made me go deeper into knowing my own language – Tamil.

What other projects are you working on? Are your books being translated into German?

Three of my books have already appeared in German. Reis and Asche is the German translation of my novel The Gypsy Goddess, and Schläge – Ein Protrait der Autorin als junge Ehefrau is a translation of When I Hit You: The Portrait of A Writer As a Young Wife. Two of my poetry collections, Touch and Ms Militancy, which were originally written in English, have appeared as a single book in German translation. It is called Fraulein Militanz. I do hope my forthcoming work gets translated as well. At the moment, I’m working on a novel, and a compilation of my poetry written over the last 12 years.