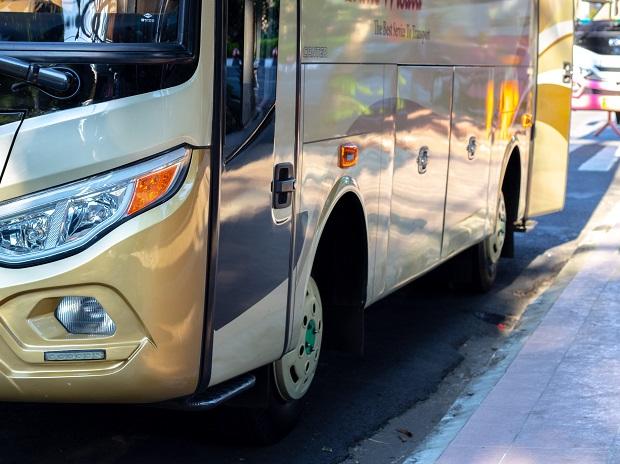 Maharashtra state road Transport Corporation (MSRTC) has suspended its bus services to Karnataka in wake of an alert from the police, on Wednesday.


The State Transport Department confirmed that this has been done after a security alert from the police department that buses might be targeted and attacked inside Karnataka during the agitations related to the ongoing Maharashtra-Karnataka border dispute.


“A call to resume services will be taken after a clearance from police about the safety and security of the passengers and the buses,” the sources said.


Addressing a press conference, Fadnavis said that he had spoken to Karnataka Chief Minister Basavaraj Bommai over the incidents that took place on Tuesday.


“I myself spoke to the Chief Minister of Karnataka. We ensure Sharad Pawar saheb has no need to go to Karnataka. I will talk to Union Home Minister Amit Shah about this Karnataka dispute, and he will look into this matter soon,” said Fadnavis.


He further urged the people of Maharashtra as well as Karnataka to maintain peace and not to take law and order into their hands.


“Our constitution said that everyone will live in any state any place, but this type of incident will not happen. It is against law and order. The matter is in the supreme court, so it is not right to harm public property,” he added.


Meanwhile, Karnataka Chief Minister Basavaraj S Bommai and his Maharashtra counterpart Eknath Shinde also discussed the issue over a call on Tuesday and agreed that both states should maintain peace, law and order.


“Maharashtra Chief Minister Shri Eknath Shinde had a telephonic discussion with me, we both agreed that there should be peace and law and order to be maintained in both the states,” tweeted Bommai.


The Karnataka CM stressed the harmonious relationship between the people of both states, saying that the border issue will be resolved legally in the Supreme Court.


“Since there is a harmonious relationship between the people of both the states, however, there is no change in our stand as far as the Karnataka border is concerned. And the legal battle will be pursued in Supreme court,” tweeted Bommai.


The border dispute between Maharashtra and Karnataka goes back to the implementation of the State Reorganization Act, of 1956. The then Maharashtra government had demanded the readjustment of its border with Karnataka.


Following this, a four-member committee was formed by both states. The Maharashtra government had expressed willingness to transfer predominantly 260 predominantly Kannada-speaking villages, but Karnataka turned down the proposal.


Now, both Karnataka and Maharashtra governments have approached the Supreme Court to expedite the matter, and the matter is still pending.