Interview: Rahman Abbas, author, Rohzin – ‘When you write about love, sex is inseparable’ 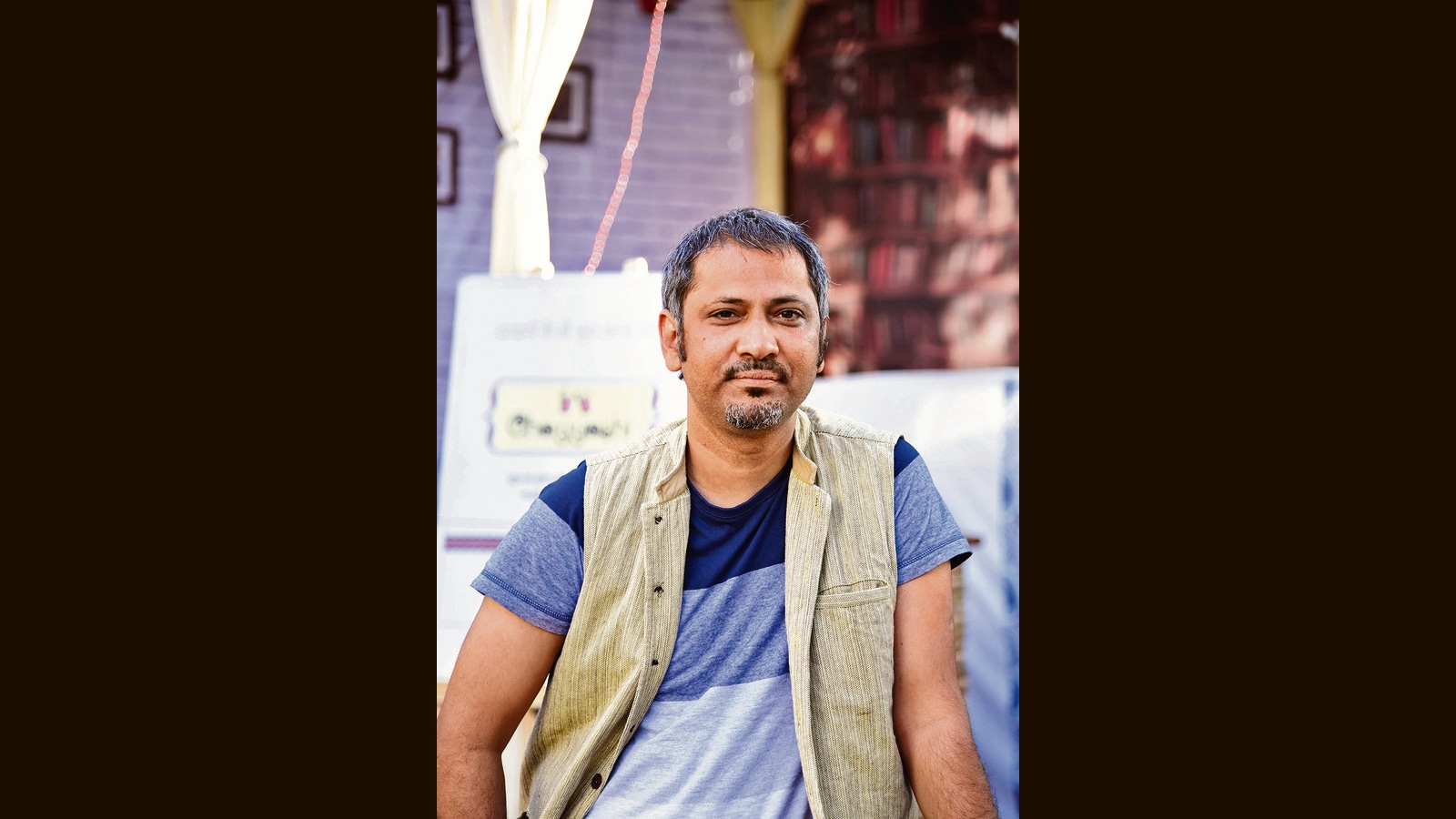 “Rohzin” is a word that you claim to have birthed. In the novel you claim it is created when a child witnesses “the sexual indulgences of his parents”. You say that this creates a hole which turns into a disease. Is this rohzin entirely a product of your imagination, or do you have any academic or other sources that inspired it? Do all people suffer from such rohzin? Has it always existed or is it something that has emerged in new India?

The word, Rohzin first appeared with the title of this novel, and I coined it from two words — rooh (soul) and huzn (melancholy). This is not an academic thesis; it is a work of fiction — that is a work of the imagination. For imagination, one doesn’t need academic sources. Why would all people suffer from the melancholy of this sort? It is a specific condition and all those who witness the sexual indulgences of his or her parents do not necessarily have the same reactions, as we all have different sensitivities and responses. I think this trauma must have always existed and across cultures too.

You claim that the cure to rohzin is also sex. What exactly is the potential of sex in life that you seek to emphasize in your fiction? In the novel, you write of cultic sexual practices as well. Are you looking at sex differently than, say, Osho or Tantric practices? How?

I didn’t claim the cure, it has been expressed by a character in the novel quoting from an imaginative book — the Book of Knowledge of All Worlds. The potential of sex has already been discussed by many great scholars in the field. I simply tried to depict that a wounded or agonized heart could find solace in physical intimacy. The practices are a part of the cult, and I have only referred to them without giving much deeper thought to Osho or Tantric traditions.

Since you write so much about sex, would you care to tell us what do you think is good sex writing, or how to write good sex? Would you also tell us how you think sex writing in Urdu compares to similar writing in other Indian or international literatures?

I don’t write about sex; I write about love. When you write about love, sex is inseparable. Good sex writing is one that deals seriously with existential themes and enriches us with the understanding of human behaviour, its aspirations, desires, faults, tendencies and its capacity to change, to become the other being. A good love description is not about the act of sex itself, but about what it unearths beneath the skin, how it unravels the hidden mystery of existence, it shows how a soul feels being here in the body, in a relationship or a state of mind. In Urdu, lately, puritans have tightened their grip. After Manto and Ismat, I don’t think there is any noteworthy author in Urdu who has seriously tried to write about what we feel when we make love, even Manto and Ismat have dealt more with problems with sexuality, sex as a tool of violence and revenge rather than sex as the most sublime human experience. Hence, for almost over half a century there has not been a single notable novel in Urdu that skilfully describes the depth of love and relationships and what it does to human existence. Wajida Tabassum was an exception but with aesthetics of a lesser quality.

Translation is the gateway or door to larger readerships. I have also translated a book from Marathi to Urdu and might do more translations in future. As far as translations from the Urdu to English are concerned, I don’t think there are many who are good at it. Some are translating stalwarts or works of those who are known in the public domain for reasons other than literature; some are busy with the classics as it’s a safe business. There are very few who show willingness to translate newcomers or contemporary authors. It’s very difficult to find a skilled translator who can do justice to Urdu texts, their sensibility and vocabulary. I’m not happy with the quality of current translations but I’m optimistic that my work will find better translators some day.

Please give us your understanding of Indian Urdu literature within world literature, and in contrast to other Indian literatures and Pakistani Urdu literature. Where do you see your own body of work in these worlds?

It’s difficult to say if Urdu literature has any significant place in world literature as far as fiction is concerned. No doubt our poetry is already being read on the global stage. But Urdu fiction — despite Premchand, Ismat Chughtai, Saadat Hasan Manto, Qurratulain Hyder, Rajinder Singh Bedi, Krishan Chander, Naiyer Masud and many other imminent fiction writers — has not emerged on the global level as a prominent language of novel writing. All the above-mentioned authors have written world class short stories but either their translations are not up to the mark or their projection has not been carried out properly, except perhaps that of Manto. None of them can be presented at the global level as a great novelist, including Qurratulain Hyder. If you compare contemporary Urdu novels with the novels written in Hindi, Malayalam, Marathi, English or novels in other Indian languages, I think they are lagging behind. The main reason for this is that for the last 40 to 50 years, Urdu literature has suffered due to ideological clashes between the Progressives and the Modernists. Shamsur Rehman Farooqi was the main propagandist of Urdu Modernism. He wanted to reduce the influence of Progressives as they were speaking about issues related to working class people and using social realism as a narrative technique. Not only did he insist on pure symbolism and try to reduce the literary influence of Premchand, Manto, Bedi and Qurratulain Hyder but his narrow idea of fiction ruined the possibility of the emergence of the new Urdu novel. During the entire era of Urdu Modernism not a single important novel was written in Urdu. However, when he himself wrote a novel, he betrayed his own doctrine of fiction and adopted social realism. He dug out an imaginary past as he was an escapist from his times.

Now, there are possibilities that new writers will do some justice to this great prose form and write powerful novels. As far as short stories are concerned, many of the authors mentioned above have been widely translated into regional languages and they have their permanent influence on the Indian literature and on Pakistani literature. Don’t ask me about my own writing. I don’t think of myself as a major writer; I’m just learning the art of telling stories. However, the praise or criticism I have attained is simply because I’m a little different in the tradition of Urdu fiction.

What is your target readership? Writing from Mumbai, often about it, as in Rohzin, and also about rural or small-town Maharashtra as seen in Rohzin, Khuda ke Saaye Mein Aankh Micholi and other works, do you ever feel you are writing in a language unavailable to the common people of Mumbai and Maharashtra? Have your works been translated into Marathi or Konkani? How does Urdu fiction work in Maharashtra and capture Marathi experience?

I write without thinking about any specific reading circle or region. Mumbai is where I live and Maharashtra is my cultural background. So, naturally, my city and the culture of my state is the backdrop of my novels. There were translations in Hindi of both novels but I was not happy with them, so I declined permission to publish it earlier. However, now there is a better translation which is being published by Vani Prakashan in Hindi. Yes, I know that the reach of the Urdu script has limitations and authors like me are also unfit in the puritan atmosphere of Urduwalas, but I don’t simply write for readers of a language. Language is just a communicative tool. Sooner or later my work will be available in Marathi and Konkani. I don’t think there is any good work in Urdu about Maharashtrian culture.

Your latest novel, Zindeeq (Apostate) came out a few months ago. It is a dystopian novel that you wrote during a fellowship in Germany where you visited holocaust sites. Please tell us more about it. At 786 pages it is a long novel. Was it your most difficult one to write? Apart from its length, what were the other challenges?

Yes, I had received the Crossing Borders research grant funded by Robert Bosch Foundation and Literarisches Colloquium Berlin for writing this novel. Zindeeq (Apostate) is so far my longest novel (almost 800 pages) but just a week ago, its third edition was published in India and we are expecting the second edition in Pakistan soon too. The subject of the novel is, in a way, my fear that minorities in India and Pakistan will have a tough time ahead like minorities faced in Europe in the 20th century, especially in Germany during the rise of Nazi ideology and political power. The novel ends in 2075 with the beginning of a devastating war in the subcontinent. But in a way, it is an anti-war novel. Peace cannot be retained if we fail to understand the terrors of the wars waged in the name of racial supremacy or for geo-political gain. The protagonist of the novel, Sanaullah, is rooted in Indian civilization and states that there are lessons in Mahabharat but realises that man is an animal who doesn’t learn. And if a man cannot learn from Mahabharat or the Holocaust, he cannot learn anything, but can only suffer and die. The second theme of the book is the LGBTQ movement and freedom of choice. The third theme is what are the predictions of the Semitic religions about the last great wars in the world, and how can these affect geo-political equations? What is its truth from a military point of view as the protagonist is a military general, who is born to serve the national institution with great data analysis capabilities.

There were many challenges writing this novel especially in my experiments with the narrative technique. Earlier I have used mythology in my other novels as used by Rajinder Singh Bedi or Intizar Hussain. While writing Zindeeq, I was looking for something new as the world of books is full of magical realism or surrealism. What I found is “Mythological Realism”, as a narrative tool. ‘‘Mythological Realism” enables us to blend social realism, symbolism, magic realism, surrealism, stream of consciousness, mythology, folklore, history, politics, the past and the future.

Rohzin ends with the Mumbai floods. Are you conscious of ecocritical writing? Is it evident in your other works? Would ecologically aware writing be a trend in your future work too? What may we expect from it?

I think, this has taken place without my intentions. I don’t know what kind of fiction I will write in the future but ecology is part of our concerns so it could recur.

Maaz Bin Bilal is an author and translator and teaches at Jindal Global University.