India’s presidency of prestigious AIBD extended for one year 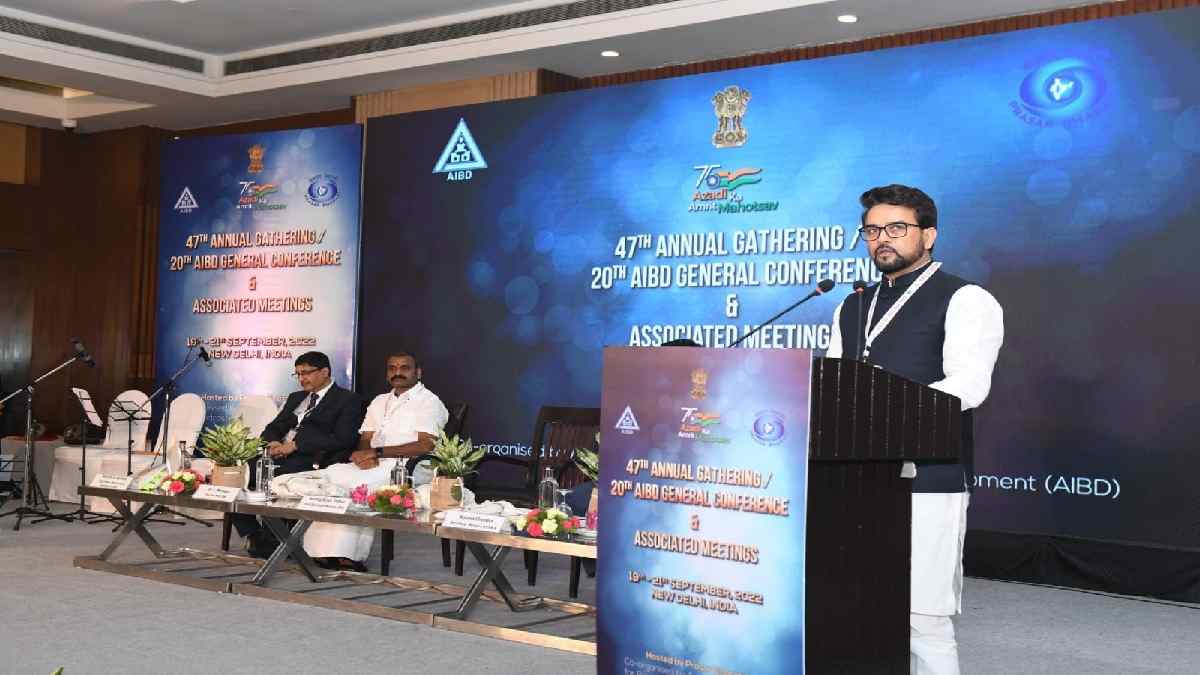 India’s Presidency of the Asia-pacific Institute of Broadcasting Development, AIBD has been extended for one more year. Presently, the Chief Executive Officer of Prasar Bharati and Director General of Doordarshan Mayank Kumar Agrawal is the President of AIBD.

The decision to extend India’s Presidency was taken at the two-day General Conference of the AIBD held in New Delhi on September 20, 2022. Union Minister for Information and Broadcasting Anurag Thakur inaugurated the conference.

India’s Presidency of #AIBD (Asia-Pacific Institute for Broadcasting Development) extended for one more year. The member countries unanimously accepted a resolution in their meeting in New Delhi.

CEO @prasarbharati Mayank Agrawal to continue as the President for 1 more year. pic.twitter.com/4XGpMTZf99

At the 47th Annual Gathering and 20th Meeting of Asia-Pacific Institute for Broadcasting Development (AIBD), Information and Broadcasting Minister Anurag Singh Thakur said that the biggest threat to mainstream media is not from new age digital platforms, but from the mainstream media channel itself.  He also said that real journalism was about facing the facts, presenting the truth, and letting all sides the platform to present their views.

AIBD General Conference: Who were the participants?

Asia-pacific Institute of Broadcasting Development(AIBD): All you need to know

What is United Nations Economic and Social Commission for Asia and the Pacific (UN-ESCAP)?

UN-ESCAP is one of the five regional committees under the jurisdiction of the United Nations Economic and Social Council. The organization was formed to enhance the economic activity in Asia and the Far East and to boost economic relations between the region and other areas of the world. The commission consists of 53 member states and nine associate members, mostly from the pacific and Asia region.