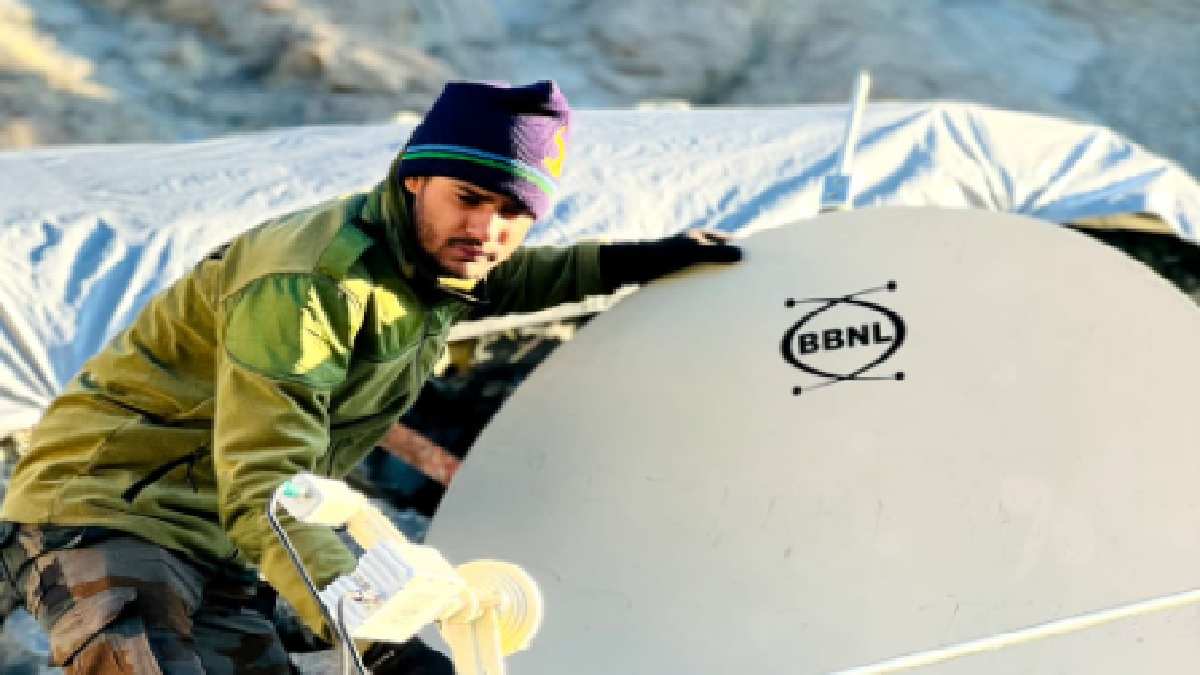 The Indian Army activated satellite broadband-based internet service on the Siachen Glacier, the world’s highest battlefield on September 18, 2022. The feat was installed by the Indian Army’s XIV Corps or Fire and Fury Corps’ Siachen Signallers.

Satellite based internet service activated on the #SiachenGlacier at 19,061 feet, the World’s Highest Battlefield, by the Siachen Signallers#SiachenWarriors@adgpi@NorthernComd_IA@ANI pic.twitter.com/kK8xQG8aQj

Bharat Broadband Network Limited provides net connectivity to the Army at Siachen. It is also responsible for the implementation of the BharatNet Project. The BBLN plans to deliver satellite-based internet to around 7000-gram panchayats and other remote areas where fiber-based internet is difficult.

The Siachen Glacier comes under India’s strategic control after ‘Operation Meghdoot’ in 1984. It stands at an altitude of 20,000 feet. The glacier is situated in the Eastern Karakoram range of the Himalayas, and on the north of Nubra Valley. Reportedly, it is the highest armed zone in the world. Army and soldiers serving in this region have to face harsh weather, avalanches, and landslides. During the winter temperatures touch as low as -60 degree celsius in this high-altitude region.