India-US partnership one of the most consequential in the world: Blinken 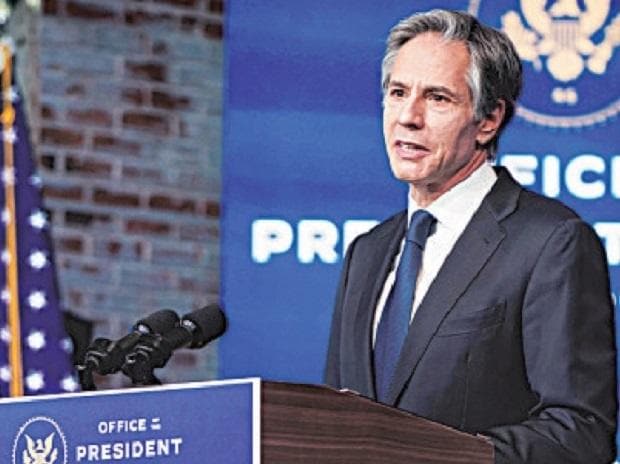 US Secretary of State Antony Blinken on Tuesday said both India and Unites States have made real progress in elevating their partnership through institutions like QUAD and G20 and international organisations at the United Nations.


During a joint press conference, Blinken also noted that the partnership between India and United States is one of the most consequential in the world.


“The partnership between India and US is simply one of the most consequential in the world. It is to address any global challenge that our people face – health security, climate change, food security and upholding free and open international order. Over the past years, we have made real progress in elevating that partnership bilaterally — through institutions like QUAD and G20 and international organisations at the United Nations,” Blinken said here.


External Affairs Minister S Jaishankar met with Blinken earlier at the Quad meeting which saw participation from foreign ministers from India, the US, Australia, and Japan.


The Quad’s vision is for a region where the rules-based international order is upheld, and where the principles of freedom, rule of law, democratic values, peaceful settlement of disputes, sovereignty, and territorial integrity are respected.


In the meeting at UNGA, the Quad underscored the unwavering support for the UN Charter, including its three pillars, and our steadfast commitment to strengthening and reforming the UN and international system.


“The Quad affirmed its support for a UN that solves the consequential challenges of our time and safeguards our shared and interconnected resources,” read the statement.


It included the full implementation of the 2030 Agenda for Sustainable Development and the achievement of the Sustainable Development Goals. The meeting also reiterated a comprehensive UN reform agenda, including expansion in permanent and non-permanent seats of the UN Security Council, so that the Council reflects the current global realities and incorporates more geographically diverse perspectives.


The Quad Ministerial Meeting also welcomed progress in delivering on Quad commitments. In particular, signing guidelines to operationalize the Quad Humanitarian Assistance and Disaster Relief Partnership for the Indo-Pacific announced by Quad leaders in May 2022.