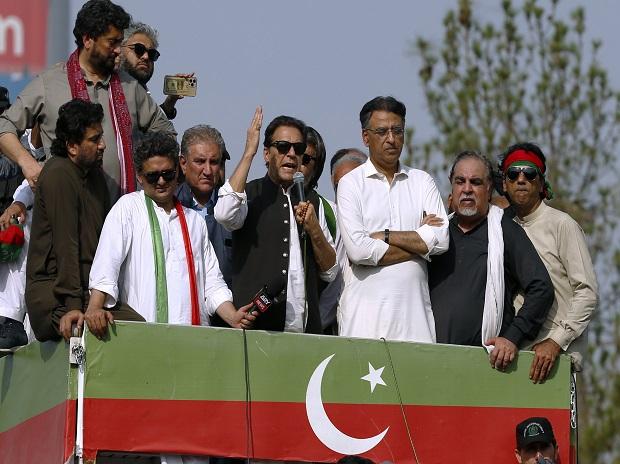 Pakistan’s ousted premier Imran Khan on Monday demanded the resignation of Prime Minister Shehbaz Sharif after a slew of audio clips related to informal conversations between the premier and Cabinet officials surfaced.


Pakistan’s Intelligence Bureau has been ordered to investigate the security breach resulting from it.


“In the audio leaks, Shehbaz is talking about bringing machinery from India for his niece Maryam Nawaz’s son-in-law (Raheel Munir). If Shehbaz has any shame left in him, he should resign forthwith otherwise we will make him go home, Khan said while addressing the Government College University (GCU) here.


Khan further said another audio related to Maryam Nawaz, the daughter of former premier Nawaz Sharif, will soon be leaked in which she could be heard telling her father (Nawaz Sharif) that Imran is going to be disqualified by the Election Commission in the Toshakhana case for not disclosing the information regarding the gifts received from the state depository in his assets declaration.


The leaked conversations have put a question mark on the flaws in the cyber security of the highest office (Prime Minister’s Office) of Pakistan.


In the over two-minute-long audio clip, Prime Minister Shehbaz can be heard saying that Maryam Nawaz had asked him to facilitate her son-in-law Raheel with the import of machinery for a power plant from India. Maryam’s daughter Mehrunnisa married industrialist Chaudhry Munir’s son Raheel in December 2015.


Pakistan Tehreek-e-Insaf party’s senior leader Fawad Chaudhry said in a tweet: In a major cyber-attack on the PM Office 100 hours of conversations of PM and cabinet members have been leaked to an international hacker website.


“The hacker has asked for USD 345,000 for a detailed record, that is about 8 GB. The conversations include political, economic and security related issues,” he said.