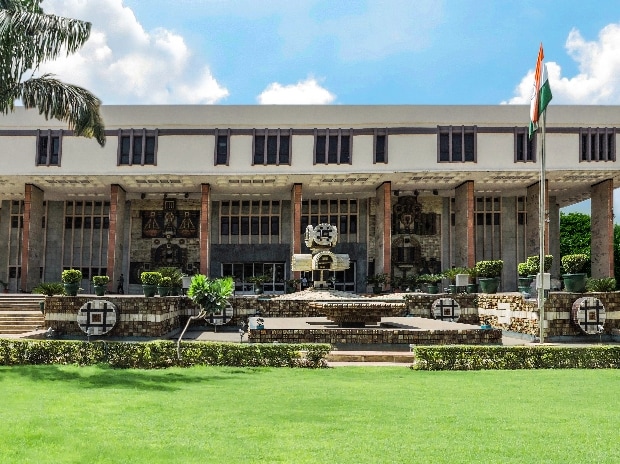 The Delhi High Court on Thursday reserved order on the plea of Lieutenant Governor VK Saxena seeking direction to restrain the Aam Aadmi Party (AAP) and its leaders from making “false and derogatory” allegations against him and his family.


Saxena has also sought to injunct Aam Admi Party and its leaders to delete or take down the alleged false and libellous posts or tweets or videos circulated and issued on social media.


Saxena has moved a suit of civil defamation against AAP and its leaders Atishi Singh, Saurabh Bharadwaj, Durgesh Pathak, Sanjay Singh and Jasmine Shah (who was appointed as Vice Chairperson of the Dialogue and Development Commission) for allegedly making derogatory remarks in a press conference and in social media.


He has also sought damages and compensation of Rs 2.5 crore along with interest from the political party and its five leaders.


AAP leaders claimed that Saxena was involved in a Rs 1,400 crore scam during his tenure as Khadi and Village Industries Commission (KVIC) chairman.


Justice Amit Bansal reserved the order after hearing the arguments of the parties for two hours on the application seeking interim relief to LG Saxena.


Saxena’s counsel urged the High Court to direct Twitter and YouTube (Google Inc) to take down or remove the tweets, re-tweets, posts, videos, captions, taglines along with pictures of the plaintiff and his family members.


The counsel for AAP and its leaders argued that one of the statements was that during Saxena’s tenure as KVIC Chairman, his daughter was given a contract of designing of Khadi lounge which was against the rules of KVIC.


The counsel said she was given the contract was a statement of fact and no one has denied it.


The counsel for the plaintiff submitted that the statement made against him and his family members is per se defamatory and she should be taken down/deleted from all social media platforms.


It is alleged that the AAP leaders made false allegations against the daughter of LG that she was given a contract for designing the Khadi Lounge in Mumbai.


On the other hand, the counsels for AAP leaders submitted that what was said or share on social media was not fabricated but a matter of fact.


They argued that the “KVIC matter is being investigated by the CBI. It is a fact, not a fabrication.