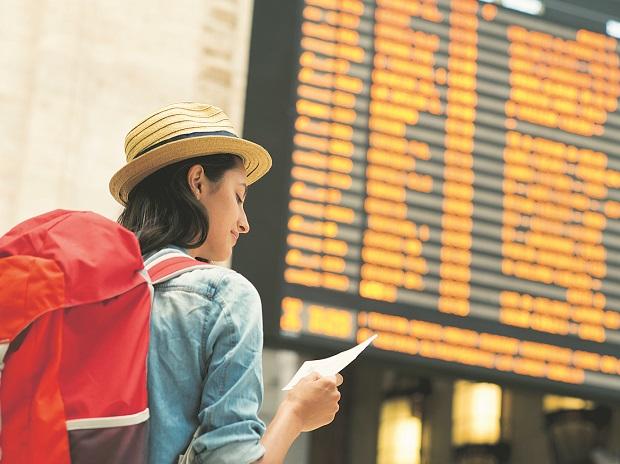 It has just been a few weeks since her daughter landed in the US for an undergraduate engineering programme from a sought-after university, but Malini Shah (name changed on request) is already thinking of calling her back.


“When I started preparing for her admission this year, the rupee was at 76-77 against the dollar. By the time I paid the tuition fee for the quarter while sending my daughter for the Fall semester, its value had plunged, and I had to pay an additional Rs 3.5-4 lakh,” says Shah, who is a teacher based in Delhi.


Shah has already spent Rs 28 lakh on tuition fee, airfare, accommodation and living expenses – all from her savings. Drawing an education loan for the rest of the four-year programme is now seeming like a bad idea to her, given how the rupee has depreciated.


According to overseas education consultants like Adarsh Khandelwal, co-founder and director of Delhi-headquartered Collegify, students looking to study abroad are hit twice over. Not only have tuition fees for universities in top destinations such as the US, the UK, Canada and Australia increased by at least 10 per cent, the rupee’s rapid decline has made things worse.


“The average tuition fee for an undergraduate programme in the US has gone up from $55,000-60,000 per annum to $65,000-70,000,” Khandelwal says. “Since 2020, the average fee has shot up by 20 per cent.” Plus, the average fee payment in the Indian rupee (INR) against the dollar has increased by at least Rs 2 per dollar in recent months, he adds. “Add to that the 3.5 per cent bank transfer charges, and parents/students are ending up paying an additional Rs 1.5-2 lakh per annum with the rupee crossing 80.”


In recent years, education financing firms, mainly start-ups, that disburse loans directly to foreign universities in dollars to mitigate currency fluctuations have mushroomed in India. However, a majority of parents and students still take study loans in INR and pay the universities in dollars. For many, between getting the loan and paying the university, INR has fallen by Rs 2-3 against the dollar.


“Students should be focusing on the programme they have opted for and embracing the culture of the new place instead of having to worry about currency fluctuations and loan repayments from the moment they land in that country. We launched our firm to circumvent this administrative headache and mitigate currency fluctuations,” says Ashwini Kumar, general manager (India) and vice president of Washington DC-based MPOWER Financing. The financing firm, which has partnerships with 400-plus US and Canadian universities, directly disburses education loans in dollars to the institutions on behalf of students.


Most education loans, however, are on floating rates and vulnerable to currency fluctuations. This makes tuition fees volatile.


Other costs, like airfares increasing by 50-60 per cent in recent months, have also made overseas education unviable for a large number of students.


To top it, given the unprecedented 55 per cent jump in the number of applications for overseas education since last year, at a time when most markets are facing inflationary trends, accommodation and living expenses, too, have skyrocketed.


For instance, University Living, an international students’ accommodation provider, has seen enquiries on its platform increase by five times during July and September this year compared to the corresponding period last year due to the rise in student numbers from countries like India and China.


“We are trying to get as many students as possible proper housing close to their universities, but have been able to help four out of every 10 students,” says Saurabh Arora, founder and CEO, University Living, which operates out of Noida. “There is a supply constraint since these places were not prepared to accommodate the rise in the international student population.” This, coupled with inflation, has made it even tougher to get students accommodated, he adds.


In the US, meanwhile, the cost of living varies a lot because of the country’s vast territory. “Overall, student accommodation can cost between $9,800 and $14,400 a year depending on the location and type of housing,” says Arora.


And in Australia, rents have risen by more than 20 per cent in several cities with vacancy rates at record lows.


Given these headwinds, some students are choosing to defer their study plans. There has been a significant rise in deferment compared to the past, especially for Canada, says Sumeet Jain, co-founder of Yocket, a community-based online platform for students aspiring to study abroad.


“We can’t say about the January 2023 intake. It is up to the embassies and consulates how they take care of this load,” he says. “There was an increased load this Fall, but I am hoping to see the situation improve in January 2023.”