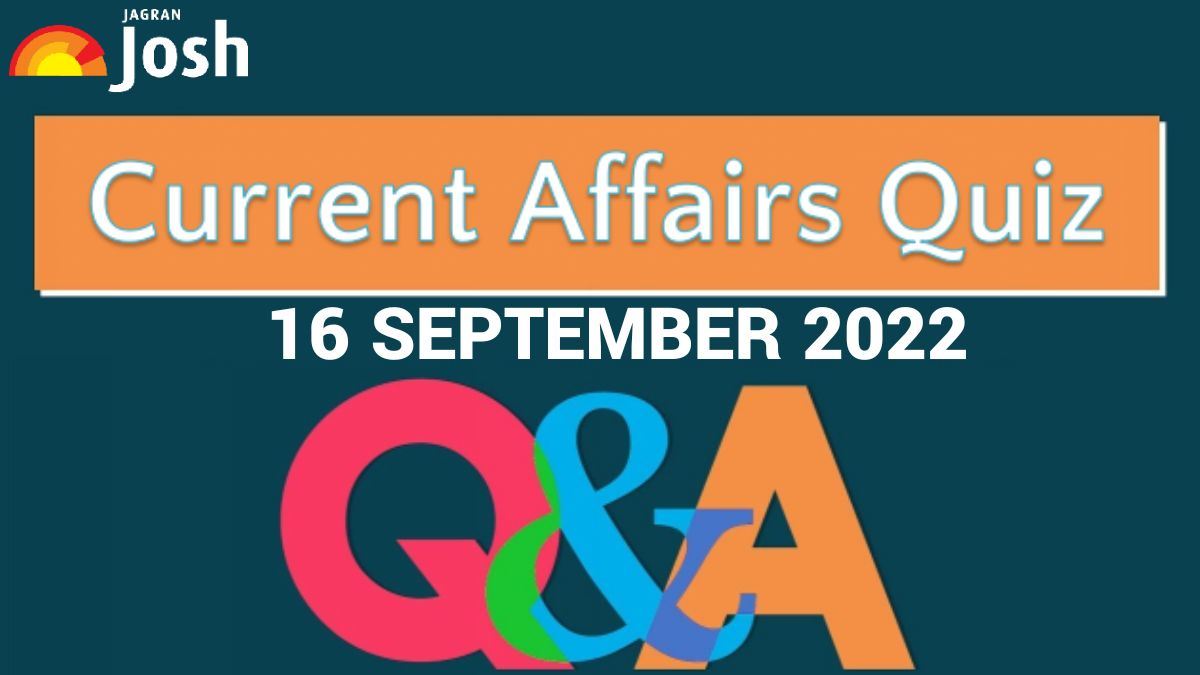 1. World Ozone Day is observed on?

2. Roger Federer announced retirement from Tennis on September 15, 2022. How many Grand Slams the tennis star has won?

3. India’s first Lithium Cell Manufacturing plant is launched in which state of India?

6. United States has announced a new 600 million dollar arms package for which country?

World Ozone Day is observed every year on September 16 to bring global attention and focus on the preservation of the Ozone layer The theme of World Ozone Day 2022 is- ‘Global Cooperation to protect life on Earth. It focuses on and encourages collective efforts and cooperation for the protection of life on Earth.

Tennis star Roger Federer announced their retirement on September 15, 2022, from competitive Tennis. In his illustrious career, Roger Federer has won a total of 20 Grand Slams in Men’s Singles Title. His first win was in the year 2003 at Wimbledon where he had beaten Andy Roddick in the semi-finals and Mark Philippoussis in the final match.

The Government of India has launched the pre-production run of India’s first Lithium cell manufacturing facility at Tirupati, Andhra Pradesh. The facility has been set up with an outlay of Rs. 165 crores and is located in one of the two Electronics Manufacturing Clusters set up by Prime Minister Modi in 2015.

The President of the United States Joe Biden announced a 600 million dollar arms package to Ukraine. It includes the High Mobility Artillery Rocket System, claymore mines, night vision goggles, and mine clearing equipment among others. As per the US, it will provide Ukraine with key capabilities to meet its evolving battlefield requirements.

FIFA Under-17 Women’s World Cup 2022 will be hosted by India between October 11 to 30, 2022. The 7th edition of the biennial youth tournament will be the first-ever FIFA Women’s competition to be hosted by India. The tournament has the potential of strengthening women’s football in the country.