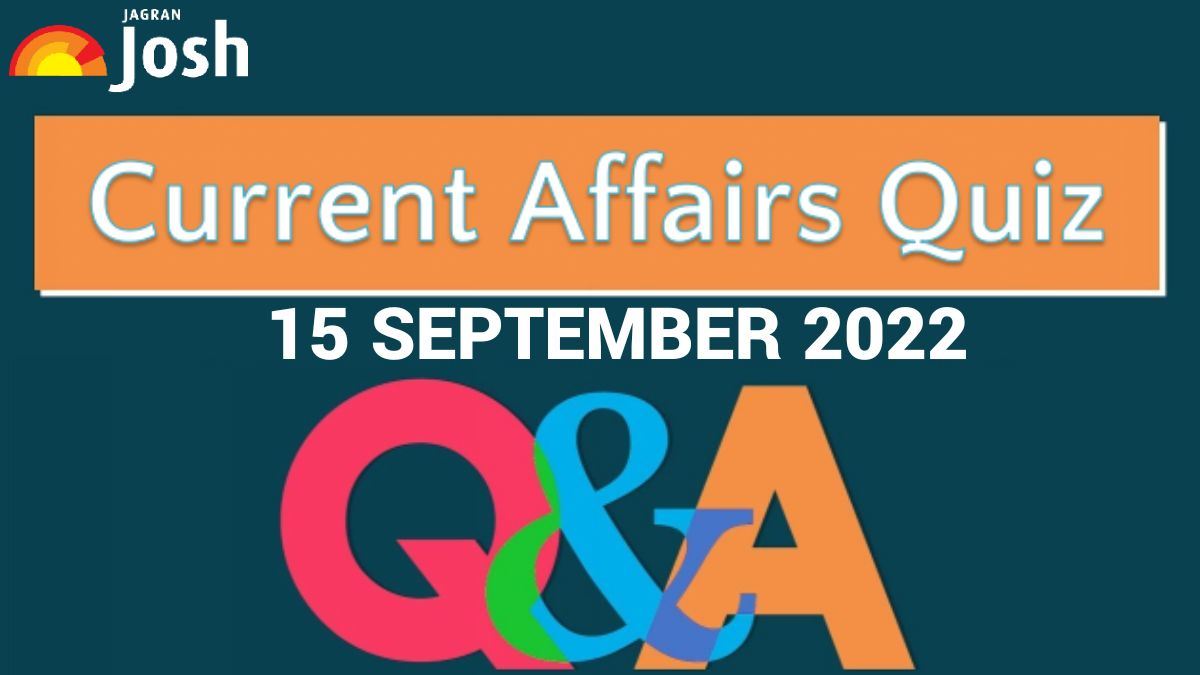 1. Engineers Day in India is observed to celebrate the birth anniversary of?

2. International Day of Democracy is observed on?

3. Who has become the first Indian woman wrestler to win two medals at the World Championships?

4. Kibithu Military Camp has been named after?

5. Which of the tribe has been recently included in the Scheduled Tribes list of Uttar Pradesh?

6. Which of the state has launched School Breakfast Programme to alleviate hunger?

7. Which of the planet vanished from sight during a lunar occultation on September 14, 2022?

India celebrates Engineer’s Day on September 15 to mark the birth anniversary of Sir M. Visvesvaraya. Engineer’s Day is celebrated to honor and recognize the achievements of Visvesvaraya. The day provides an opportunity to celebrate and thank the engineers who play a vital role in the country’s overall development.

International Day of Democracy is observed every year on September 15. The day aims at making societies collectively aware of their democratic rights and the measures that are taken by the governments to protect these rights. The theme of International Day of Democracy this year is the importance of media freedom to democracy, peace, and delivering on the Sustainable Development Goals.

Vinesh Phogat has become the first Indian woman wrestler to win two medals at the World Championships after winning the Bronze medal in the 53kg category. She defeated the reigning European champion Emma Malmgren of Sweden. This is Vinesh Phogat’s second Bronze Medal at the Championship. She had previously earned a position in the 2019 edition of the tournament.

Former Chief of Defence Staff (CDS) Late General Bipin Rawat was honored in Arunachal Pradesh where the Kibithu Military Camp was named ‘General Bipin Rawat Military Garrison’. He had commanded his unit 5/11 Gorkha Rifles at this camp as a Colonel. Bipin Rawat died in a helicopter crash near Coonoor in Tamil Nadu on December 8, 2021.

The Union Cabinet has given its approval to the proposal of the Ministry of Tribal Affairs for the inclusion of Gonds along with its five sub-castes in the Bhadohi district of the state of Uttar Pradesh in the Scheduled Tribes list of Uttar Pradesh.

The Government of Tamil Nadu has announced School Breakfast Programme with the aim to alleviate hunger. The scheme is applicable to the students studying from Class 1 to Class 5 in state-run primary schools. In its first phase, the scheme is being implemented in 1,545 schools in the corporation, municipality, and villages.

On September 14, 2022, the sixth planet from the sun appeared to pass directly behind the Earth’s moon and went completely out of sight for three and a half hours. The great disappearing act, also known as the ‘Lunar Occultation of Uranus’, started at 4.41 PM ET and ended by 8.11 PM ET. However, only the viewers in Northern Africa, Europe, and Western Asia were at the exact right angle to see the illusion work.