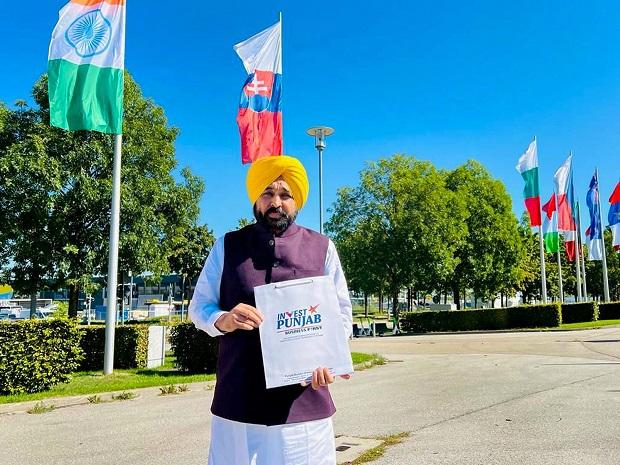 Chief Minister Bhagwant Mann on Monday batted for further strengthening ties between Punjab and Canada, especially with its Saskatchewan province.


The chief minister, during a meeting with a delegation of Saskatchewan province which called on him here, advocated strong and cordial ties between Punjab and Canadian province, according to an official release.


He said people from Punjab have been playing a vanguard role in the socio-economic progress of Canada.


Mann also said it is a matter of great pride and satisfaction that a large number of Punjabis have also carved a niche for themselves in the political arena of Canada.


The CM also showcased Punjab as the most preferred industrial destination across the country and invited the delegation from Saskatchewan to encourage the entrepreneurs to invest in the Indian state.


Mann said the government has already put the state on a high growth trajectory which will benefit the investors.


Calling for further streamlining mechanism to ensure that Punjabis settled in Canada are able to get the branded products of the state in a smooth and hassle free manner, the CM said the renowned products of state like Sohna brand are acclaimed world over and Punjabi diaspora have special liking for it.


He also said cooperation between Punjab and Canada, especially the province of Saskatchewan, can be mutually beneficial for them.


This is the need of the hour to give fillip to economic activity in Punjab and ensure comprehensive development of the state, he said.