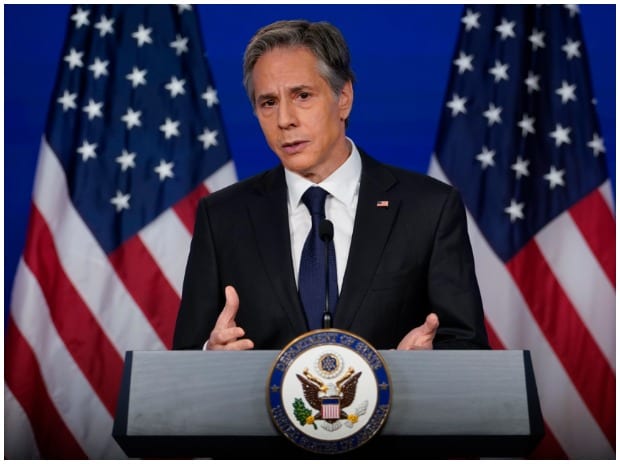 US Secretary of State Antony Blinken on Tuesday welcomed Prime Minister Narendra Modi’s recent public rebuke of Russian President Vladimir Putin for invading Ukraine, saying the Indian leader spoke for the rest of world that this is not the “era for war”.


However, Blinken also defended the Joe Biden administration’s proposal to provide Pakistan with $450 million worth of “sustainment” package for its fleet of F-16 aircraft, ignoring Indian protests that Islamabad does not use these planes only for counter-terrorism operations, as stated by the US, but also against India.


Blinken also addressed the issue of long waiting period for visas and blamed it on Covid-related disruptions. He said the US has a plan for mitigating it for India and that it will be rolled out in a few months.


Blinken spoke to reporters also with India’s External Affairs Minister S. Jaishankar after their bilateral meeting, and a working dinner the night before.


The two officials had met last week on the sidelines of the UN General Assembly meetings, most significantly for the first such meeting with counterparts from the Quad parter countries Australia and Japan — the first Quad meeting at the UNGA, with plans to make it an annual affair deepening the institutionalisation of the platform that is witnessing a robust second-coming.