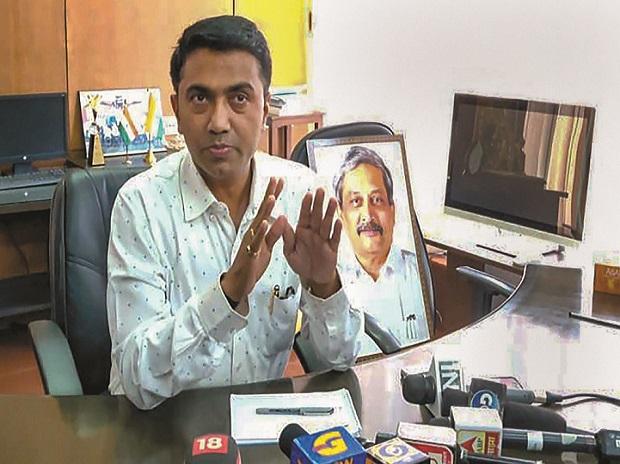 
“I want to give you an assurance that in a few days app-based taxis will be available,” Sawant told reporters in Chandigarh.


Two months ago, Goa Transport Minister Mauvin Godinho had said the state government was firm on introducing app-based cab services and would not bow down to pressure from the private taxi lobby which was against it.


Private taxi operators have been opposing app-based cab services, claiming it will destabilise their business.


On private taxi operators opposing app-based cab services, Sawant said, “In a few days the taxi issue will be resolved and you will get app-based taxi in Goa.”

Responding to a question on Haryana BJP leader Sonali Phogat’s mysterious death in Goa last month, Sawant said, “On demand of her family, we have handed over the investigation to the CBI.”

“Any assistance which CBI may require from the Goa Police will be given. A CBI team has already visited Goa and it is carrying out investigation in the state,” he said.

“All evidence collected has been handed over to the CBI,” he said.


Responding to another question on the drug issue, he said, “Our anti-narcotics cell is doing a good work. In my tenure, several raids have been conducted and many have been arrested. Police force is keeping a vigil even at night parties and clubs.”

Asked about the tourism sector, he said Goa is doing a lot of work, particularly in infrastructure development.


“We want Goa to become country’s tourism capital…. Besides sun, sand and sea, we are promoting spiritual and wellness tourism,” Sawant said.


The Goa chief minister was addressing a news conference here. He visited Ambala in Haryana to meet Charanjeet Kaur, 84, whose husband Karnail Singh Benipal was killed in Patradevi in Goa in 1955 while fighting for the coastal state’s liberation from the Portuguese.